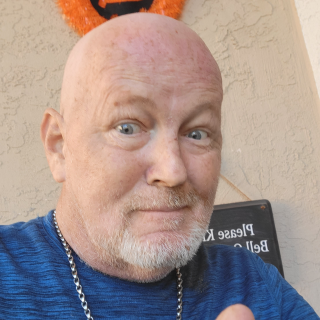 The Victims of the Boston Marathon Bombings

Krystle Campbell. Martin Richard. Lingzi Lu.
Three orchids withered on the vine this week.  They never had a chance to fully bloom.

This week, a nation grieves after having once more stared into the bloody, gaping maw of death and destruction visited upon the city of Boston.  Promising lives and futures were swallowed whole behind a cowardly and senseless act of terrorism, and the survivors now begin their struggle behind the unanswerable “why?”

As a nation, we will rally around the families of the dead and maimed and will embrace our brothers and sisters in Boston with action, thoughts, and prayers.  And despite their heroic efforts, the first responders will need our support as the floodgates of emotions finally catches up with them. We will be there for them as well.  But what about us?  What does the average person across America do to navigate the hopelessness and despair we feel in connection with these continuing acts of horror?

What can we do but personalize it?  To extend our support and love to those within our own sphere of influence.  While there is little most of us can do to directly help those who were caught up in the actual nightmare of Boston, we can certainly look around us and see ample loss and suffering in our own communities.  We can take that sense of hopelessness and turn it around, extending our compassion, our strengths, and our love to those who can use it best.  To feel a broken, aching heart for the victims of the Marathon bombing, yet remain blind to the suffering and pain of those closest to us is a cheap, selfish emotion.  We are better than that.

I had a back and forth with a writer friend of mine this week, before the bombings, about the need for each of us to take our gifts, whatever they may be, and assume responsibility for confronting the evil that is so prevalent in our daily lives.  She made what I thought at the time to be a defeating comment about how little we could do to combat all the evil that surrounds us.  I responded to her, perhaps a bit more harshly than I intended, that to accept that and do nothing was, in my opinion, an even greater evil.  She is a powerful writer with a gifted, compelling voice, and I reminded her that with that gift comes responsibility.  She already knew that…but I think my words caused her to stop and reflect for a moment on how powerful her gift really was.  Through the power of her writing, she can galvanize and motivate others into action.  She can do something!  And I know she will.

I often turn my own readers off when I chasten them not to look to earnestly for God’s mercy in times like these.  It isn’t that I don’t believe in God. I do.  I just don’t think He’s as merciful as we are lead to believe.  I believe He expects us to be the channels of that mercy.  But too often, we convince ourselves that falling on our knees in prayer is action enough, and nothing could be further from the truth.  We keep searching for God’s mercy while withholding our own.  And the acts of mayhem around the globe march steady on.  God has no stake in this, or at least none that my weak mind can discern. And if I spend my time looking for his tender mercy in these horrific acts, I’ll be spending most of my day walking in circles.  His mercy is not evident.  But ours can be.

Wow!  As I write this, the radio news channel is reporting a massive explosion in the city West, Texas.  15 people, including first responders, are dead.  Entire city blocks are leveled.  There are over 150 people wounded, and the count has just started.  Say a prayer, if you must, but once you get off of your knees, take then a step toward just one person whose life you can impact and do something.  If you want to honor the victims of far off tragedies, do so by embracing and helping those in equal dire circumstances nearest you.  Figure out what your “gift” is…and extend it to others.  Then, and only then, can we each do something about the relentless evil that invades our lives.

Fight, my brothers, boys to men
And if you fall, to God ascend
Swear your oath on bended knee
Take up your march to victory

Do not fear to be laid low
Each hero has his story told
Arise my brothers, on lifted tide
Right this wrong – or else we die

Though weary, faint, and sore afraid
Through cold of morning, heat of day
We cannot take another way
Our path is clear, we’ve naught to say

Into the night and far beyond
Cross fiery fields, o’er foggy ponds
Our path is clear, so brothers bond
Take up your arms and carry on

To live and die with equal grace
We must unite and hold this place
Conscious damned, I’ll plead my case
Prepare your foe to lay to waste

A new and evil day emerges
Full of hate and dreadful scourges
Sing loud and full your deathly dirges
Be stout of heart, your song, it purges

Ignore your fears, a devil’s charm
And when in doubt a haughty song
Lift up your eyes and carry on
Steadfast into the setting sun

Fight my brothers, with heads held high
Anything less and we all die
In battle pitch our freedom lies
We have no time to sympathize

And do not wince or flee this place
A coward’s doubt is his disgrace
Be true to your brothers, stay this place
For yours is not to throw this race

Be brave. be sure and quick in pace
March beyond this arduous space
Laid low by arrows, bow and mace
Each death revealed upon your face

Though rivers tinged with blood may flow
Onward brothers, onward go
What lies ahead you cannot know
In brotherhood entrust your soul